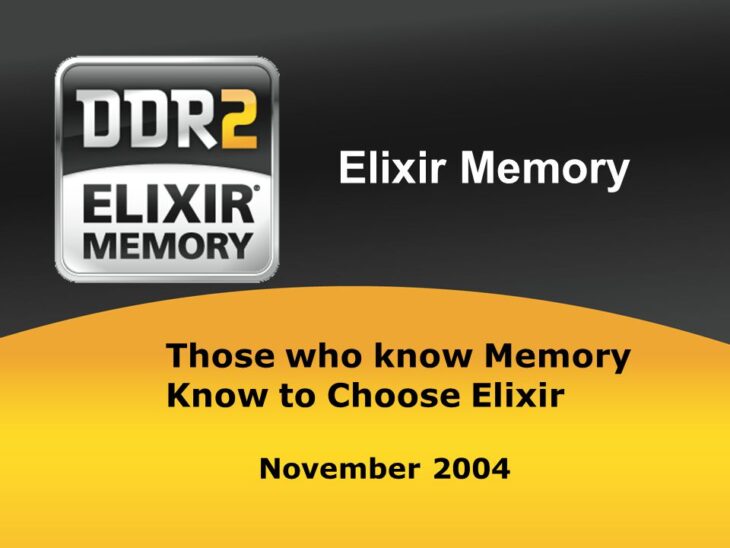 Elixir is a well-known computer memory manufacturer. One of its superior products is Xtreem. This product has high specifications, namely DDR-1333 speed with timings at CL 7-7-7-21. However, Xtreem is a bit too much to use for everyday computing. Therefore, Elixir launched its home version, namely Elixir DDR 2GB with a speed of 1333Mhz. The home version of Elixir memory is built at the same speed as the Xtreem, but with CL 9-9-9-24 memory timings.

Another thing that makes Elixir DDR 2GB interesting is that it is equipped with a heat spreader. These components function to remove hot air on the computer due to use all day. That way, the computer will not be slow even though it is used continuously. Although called the home version of Elixir, Elixir DDR 2GB is still capable of running a variety of heavy applications. The Taiwanese manufacturer sells its newest product at a price range of USD 45.5. Including affordable and reasonable prices, because the specifications are also quite adequate. International Branding Marketing Inc has appointed KINGMAX Group as Elixir sales representative in Indonesia. KINGMAX Group is known as a well-known memory supplier, so IBMI believes in KINGMAX Group as a sales representative in Indonesia. Elixir is a computer memory manufacturer that first launched its products in 2001. Nanya Technology is the company that carries Elixir by presenting high-quality DRAM modules. All Elixir products are claimed to meet the requirements for compatibility with the world’s most popular PC, motherboard and chipset companies.